Get Involved - Have fun!

Come to the Big Dutch Day Out

We're launching the country's first ever Dutch Week, next to windmill De Molen, on 24 April, in Foxton. A spectacular 40 m Art Mural will  be presented to the public by the Hon. Priyanca Radhakrishnan, Minister of Ethnic Communities, Ambassador Mira Woldberg, and MP Marja Lubeck. And that will be the official start of Dutch Week. 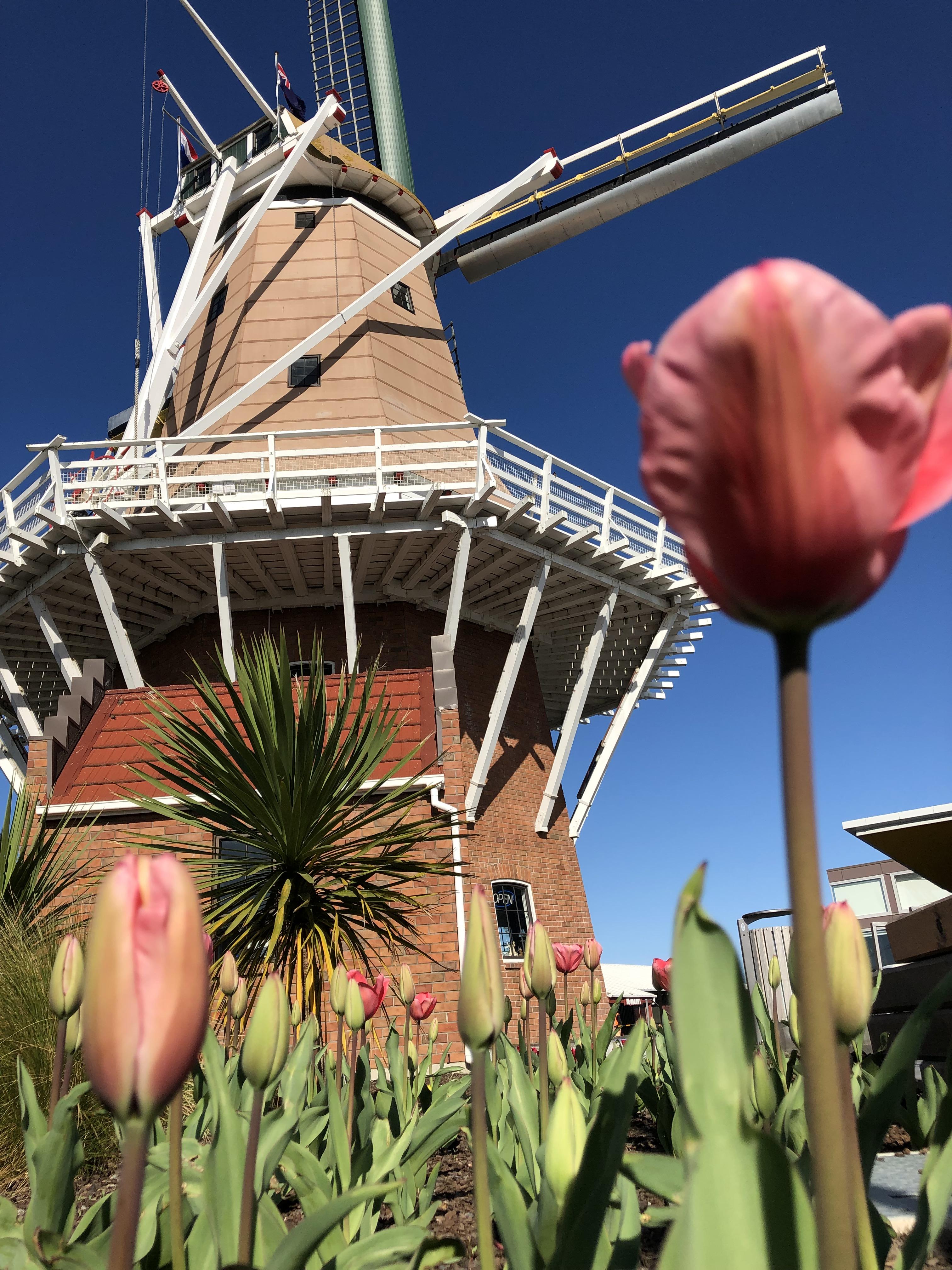 24 April is Foxton's annual Big Dutch Day Out. You can do some 'ice' skating, let the kids fly kites, and play traditional Games. And eat yummy treats - like kroketten, stroopwafels en frikandel!

It's all part of Dutch Week - from 24 April to 1 May. There's also the opening of the brilliantly colourful Leon van den Eijkel retrospective exhibition - 'A Colourful Nation'. And there are Dutch immigrant stories to discover in Oranjehof.

Click on Dutch Week - to see what's happening in your area. See Dutch movies at our Film Festival. Visit your Dutch Club to celebrate Koningsdag. Admire city icons like the Sky Tower, the Christchurch Art Gallery and the Michael Fowler Centre lit up in orange at night.

Add your name to a Memorial Wall? 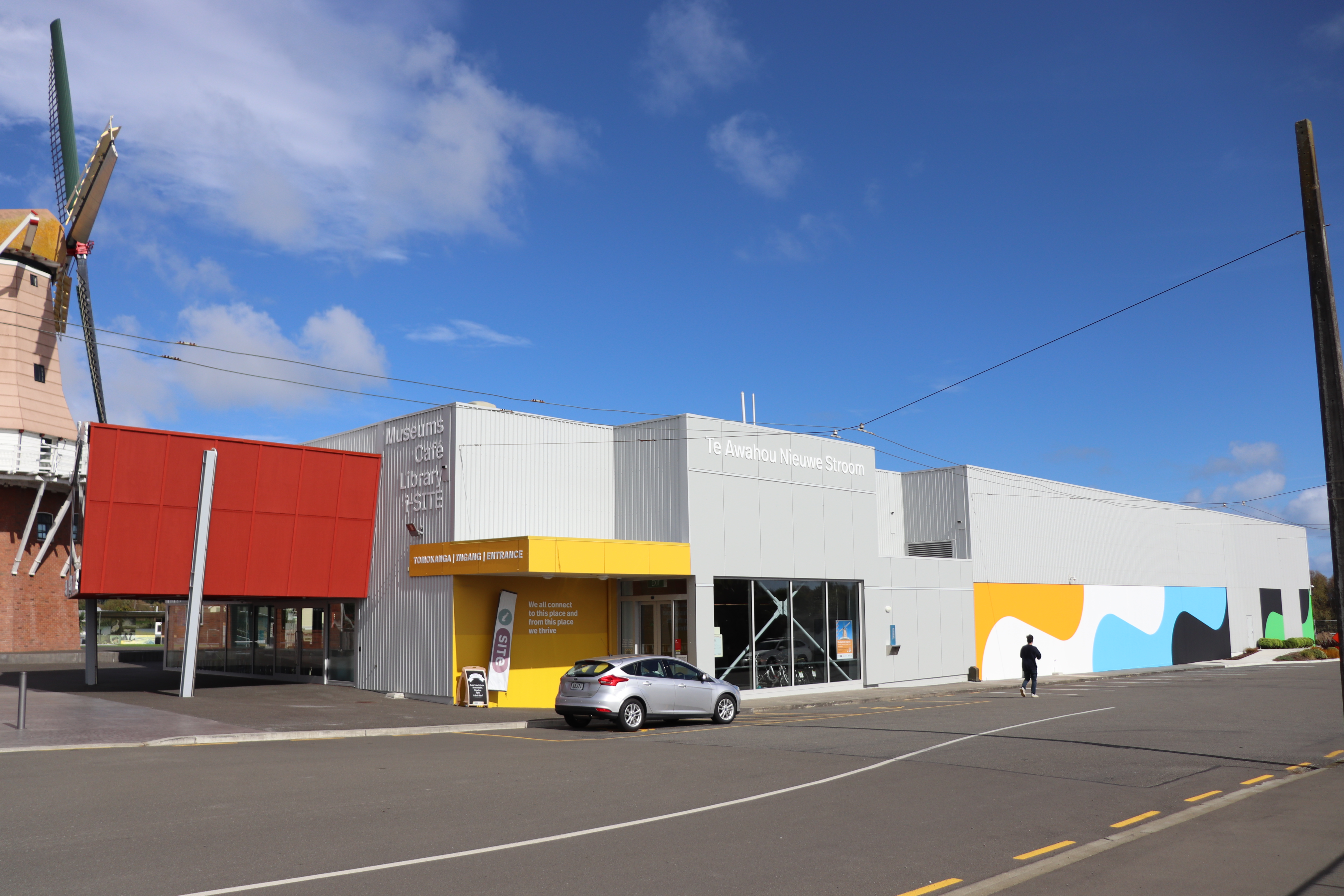 As part Dutch Week 2021, an Art Mural was added to the outside wall of the Oranjehof museum. Its unveiling marked the launch of the first ever national Dutch Week.

The brightly coloured Wall Painting (an art piece, really...) is some 40 metres long and 4m high – and adds an impressive monumental visual to Te Awahou Nieuwe Stroom and the Cultural Park. 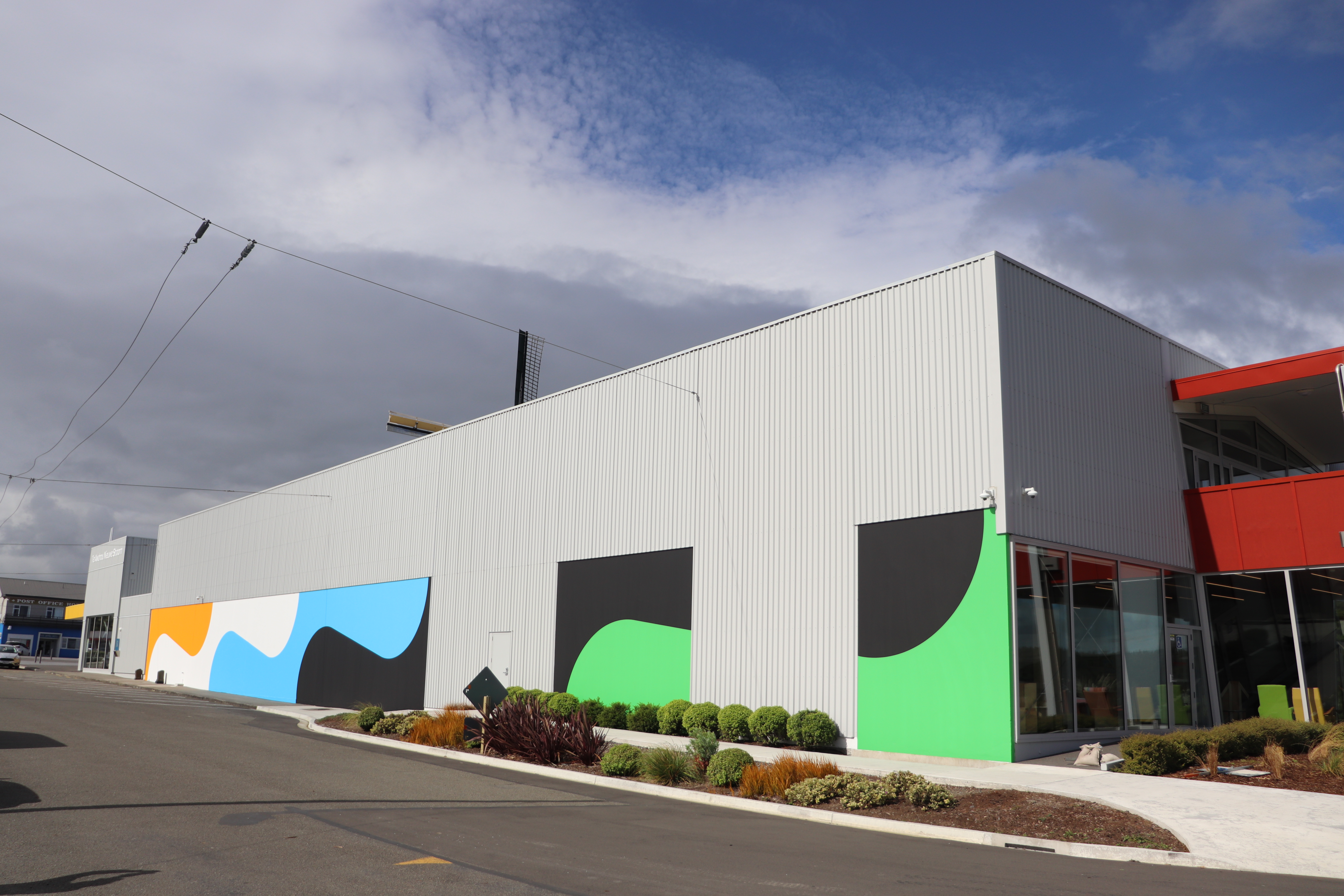 Your family name - or your business - can feature on the panels next to the Painting - by Amsterdam artist Jan van der Ploeg - as they are unveiled by the VIPs. All it takes is a donation of $250 to the Oranjehof museum. (There are some 30 spots left...)

Join up with your family or business name – next to Jan's art painting on the side of our building (on the grey panels).
On a Memorial Wall, that graces a beautiful building.

You can claim a tax rebate of 33% from the IRD. We're a registered charity.